On Sankatahara Chaturthi at 6:00 PM 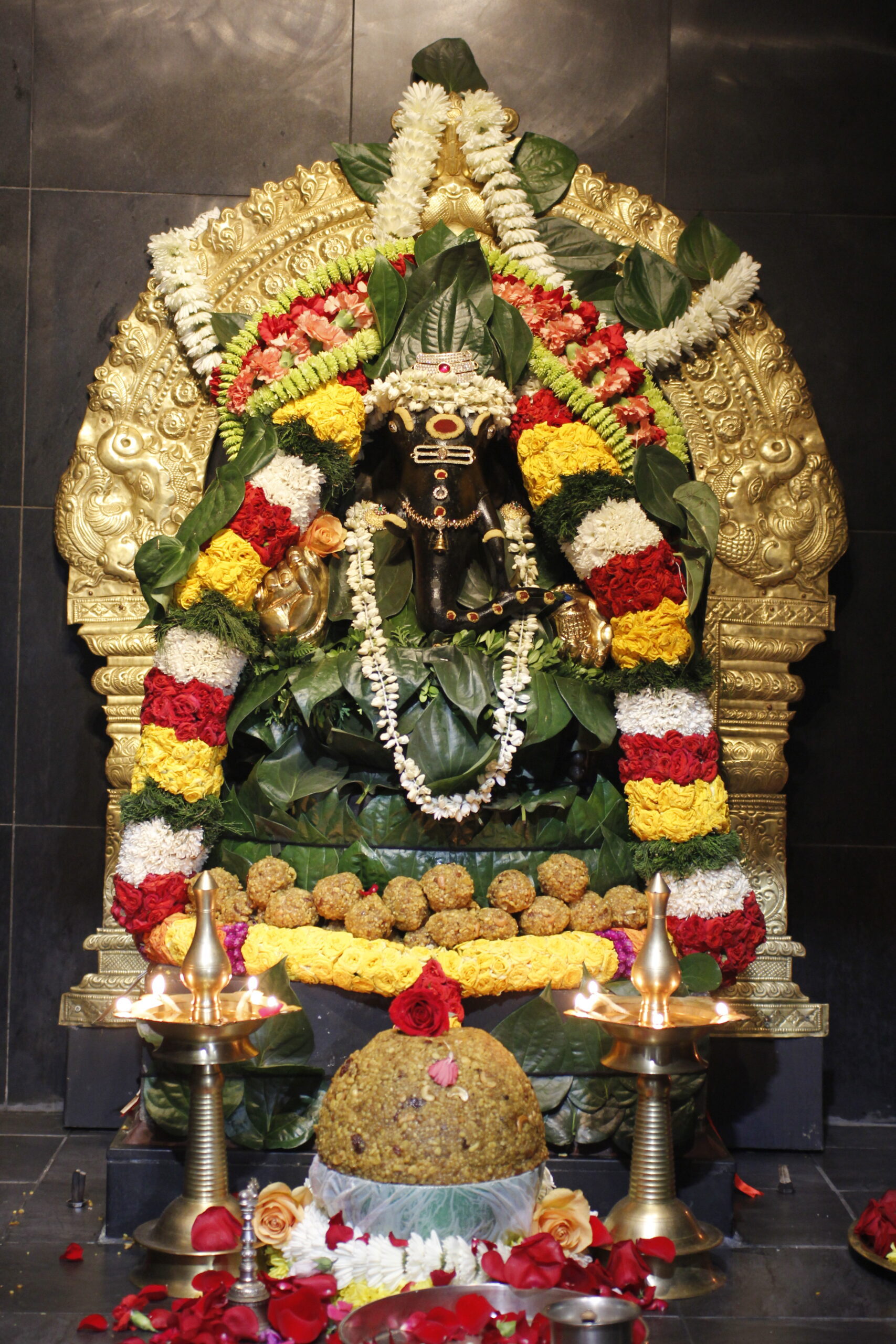 Sankata Hara Chaturthi is an auspicious day dedicated to Ganesha. This day is observed in every lunar month of the Hindu calendar on the fourth day of Krishna Paksha (dark lunar phase or the waning phase). On this day, the devotees observe strict fast. They break the fast at night after having darshan/auspicious sight of the moon preceded by prayers to Ganesha. It is believed that Ganesha bestows his presence on earth for all his devotees during this day. It is the day Shiva declared his son Ganesha as superior to all the gods, barring Vishnu, Lakshmi, Shiva and Parvati. Ganesh is widely worshipped as the god of wisdom, prosperity and good fortune and traditionally invoked at the beginning of any new venture or at the start of travel. Ganesha abhishekam is performed at 6:00 PM