Sri Venkateswara Swami Brahmotsavam or Srivari Brahmotsavam is the most significant annual festival celebrated at the Venkateswara Temple in Tirumala-Tirupati and at numerous Venkateswara temples throughout the world. The word Brahmotsavam is a combination of two Sanskrit words — Brahma and Utsavam (festival). It is widely believed that Lord Brahma reportedly conducted the first festival. Brahma also means “grand” or “large”. According to the legend of Tirumala, Brahma descends to earth to conduct the festival. Sri Venkteswara Sahasranamastotra refers to Brahma performing the festival, signified by a small, empty wooden chariot (Brahmaratham) which moves ahead of the processions of the Venkateswara processional deity Malayappa. The first reference to festivals in the Tirumala Venkateswara Temple was in 966 CE, when the Pallava queen Samavai endowed land and ordered its revenue to celebrate festivals in the temple.

Brahmotsavam is held over nine days at the beginning of the Ashweeja masam, paralleling Navaratri. The evening before the first day, Ankurarpanam (the sowing of seeds to signify fertility and abundance) is performed. The main first-day activity is Dwajarohanam – the raising of the Garuda flag to signify the beginning of the festival. Religious activities during the festival include daily homas and processions on the walkway surrounding in and around the temple. The final day commemorates Venkateswara’s birth star. On the final day, Sudarshana Chakra is bathed in the temple tank with the devotees, a ritual called as Avabrutha / Chakra Snanam. The Chakra is then placed on a high platform, and the devotees walk under it and are blessed with its dripping water. The festival ends with Dhvajavarohanam, the lowering of the Garuda flag.

Navaratri – “Nava” means nine and “Ratri” means nights. According to the Shakta and Vaishnava Puranas, Navaratri theoretically falls twice or four times a year. Of these, the Sharada Navaratri near autumn equinox (September–October) is the most celebrated and the Vasanta Navaratri near spring equinox (March–April) is the next most significant to the culture of the Indian sub-continent. In all cases, Navaratri falls in the bright half of the Hindu luni-solar months. The celebrations vary by region, leaving much to the creativity and preferences of the Hindus worldwide. As part of Navaratri celebrations, Parvathi Devi is adorned with nine different Alankaram’s (dressed-up with silk clothes and jewelry) during the nine evenings. 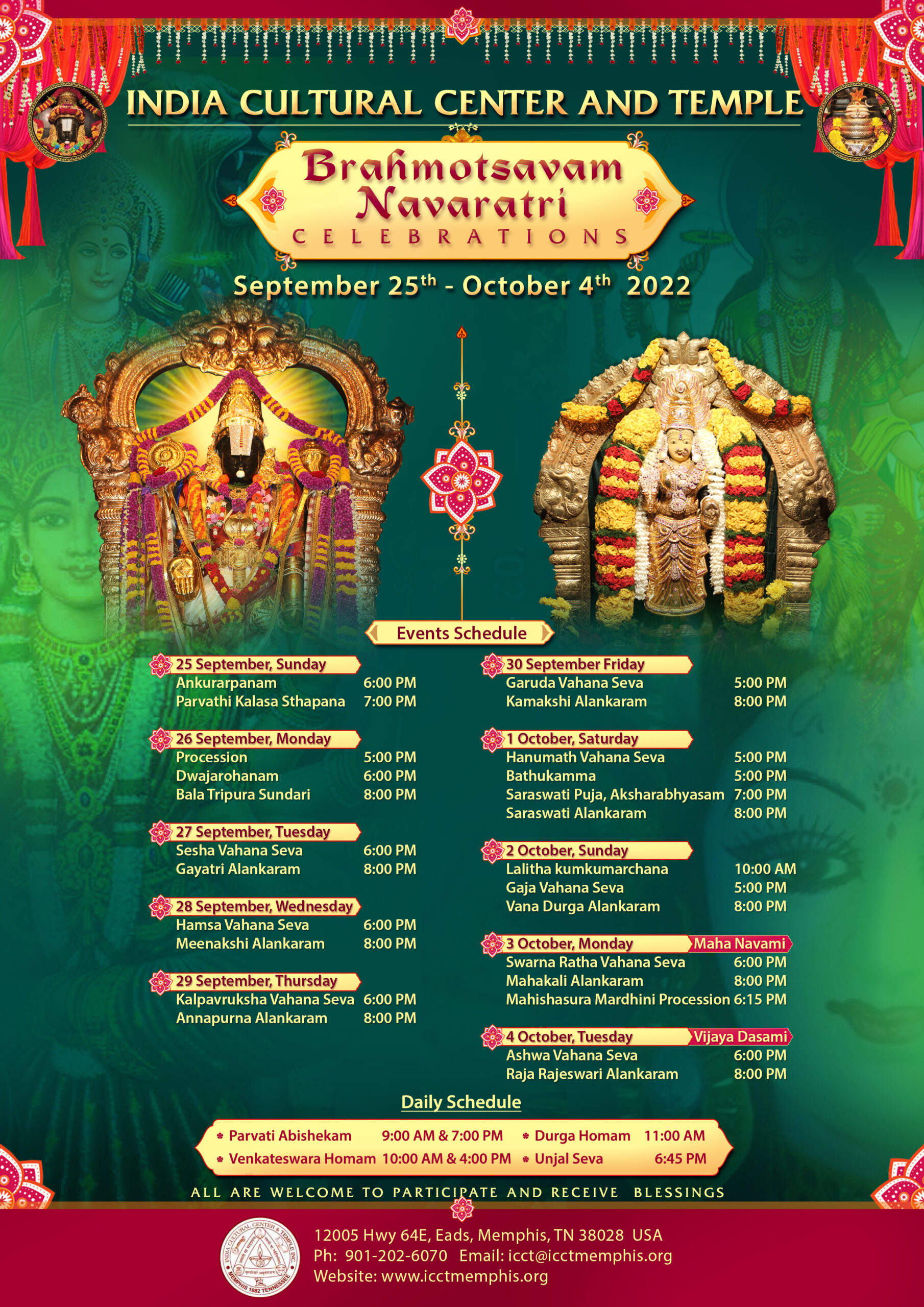 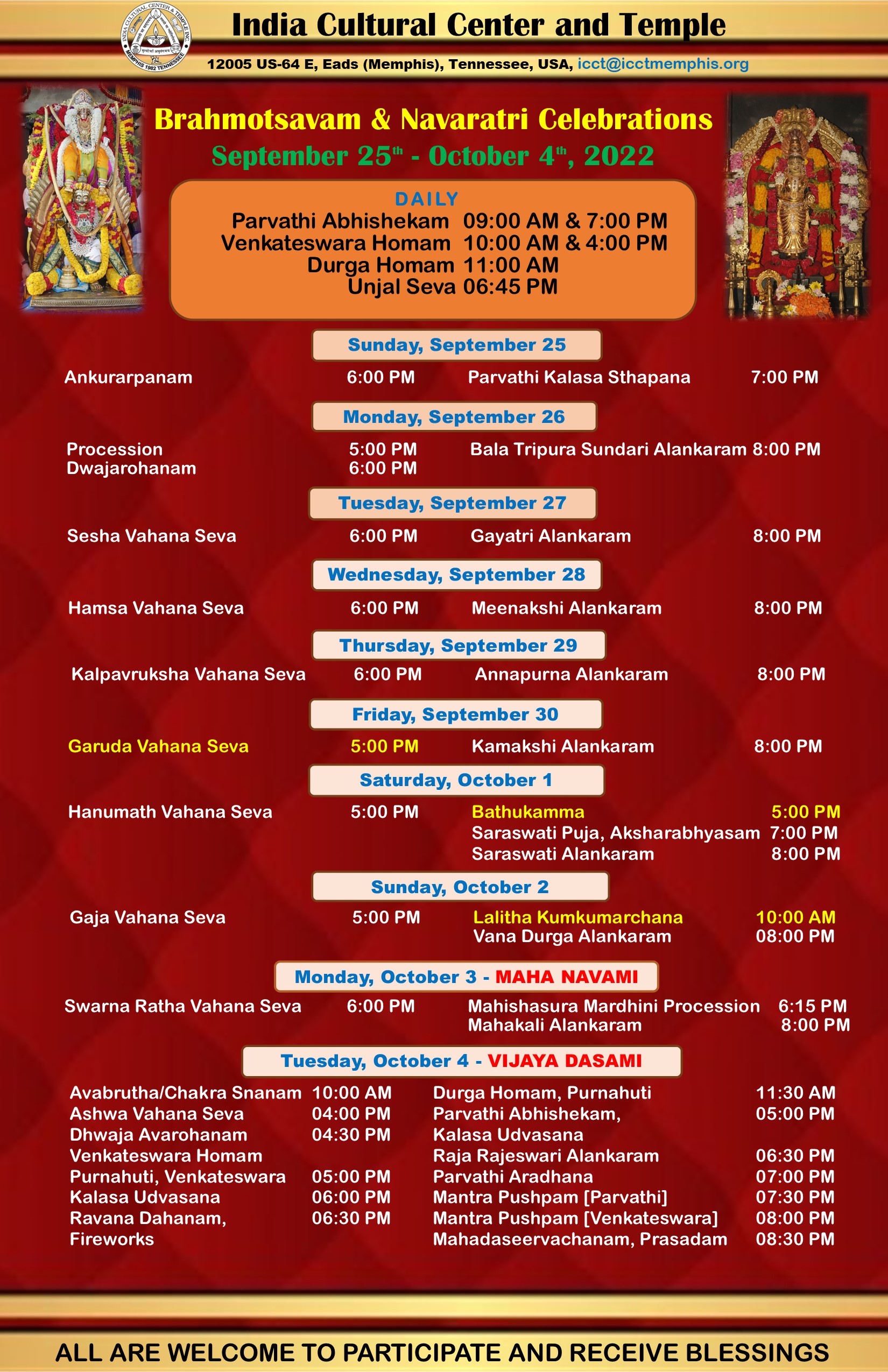 NAIVEDYAM SCHEDULE
Naivedyam Prasadam will be served every evening during Asthanam. Please follow the schedule below to bring Naivedyam. 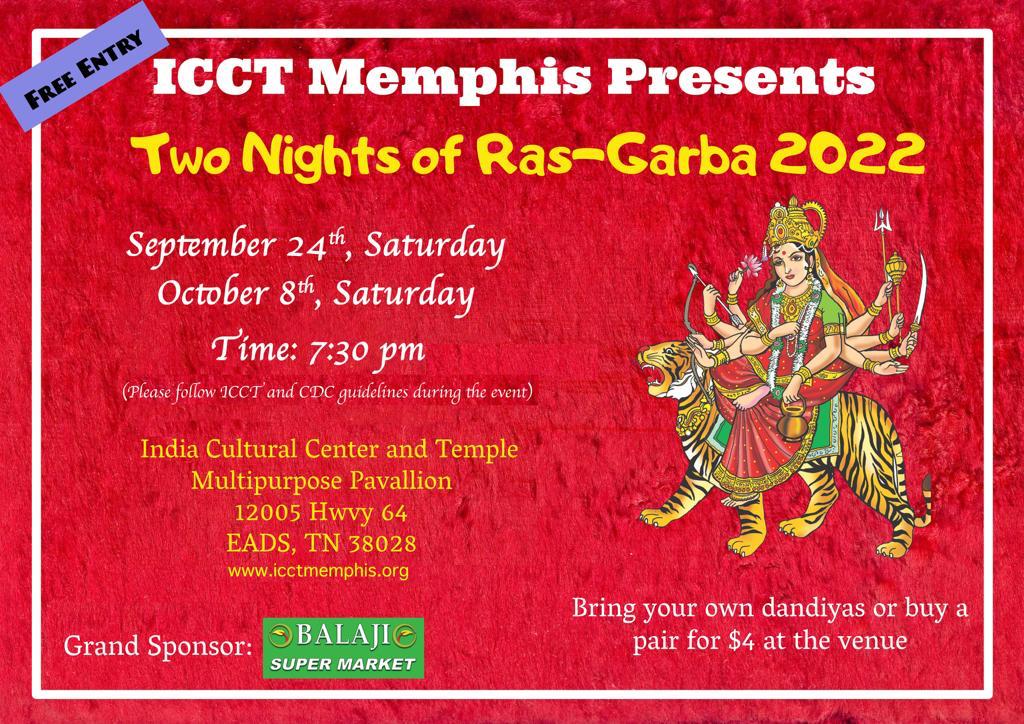 PROMOTIONAL VIDEO
Watch a promotional video from previous year’s celebrations to get a glimpse of the festivities.